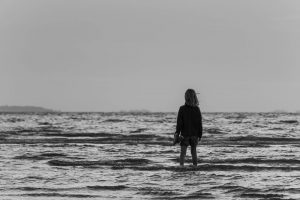 Tropical Storm Manuel edged onto Mexico’s Pacific coast Sunday while Hurricane Ingrid swirled offshore on the other side of the country, as heavy rains and landslides caused at least 15 deaths and led authorities to evacuate thousands.

The U.S. National Hurricane Center said Manuel began to weaken as soon as it made landfall near the port of Manzanillo during the afternoon, but remained a threat to produce flash floods and mudslides. It was predicted to dissipate by Monday.

In the southern coastal state of Guerrero, six people died when their SUV lost control on a rain-swept highway headed for the tourist resort of Acapulco. Landslides killed two people in Guerrero, and the collapse of a fence killed one person in Acapulco.

Manuel had maximum sustained winds of about 45 mph (75 kph) and was moving to the northwest at 9 mph (15 kph) late Sunday afternoon. Its center was about 15 miles (20 kilometers) north of Manzanillo.

Rains from Ingrid caused landslides that killed three people in the central state of Puebla, and a woman died when a landslide buried her house in Hidalgo state.

In the southern state of Oaxaca, which was affected by both storms, authorities said a child died after being swept away by a swollen river and a teenager was killed by a landslide.

The hurricane center said Ingrid, the second hurricane of the Atlantic storm season, could reach the Mexican mainland early Monday after gathering strength over the warm waters of the Gulf of Mexico. It was packing top sustained winds of 85 mph (140 kph) as it slowly crawled toward land with little change in strength in hours.

This website uses cookies to improve your experience while you navigate through the website. Out of these, the cookies that are categorized as necessary are stored on your browser as they are essential for the working of basic functionalities of the website. We also use third-party cookies that help us analyze and understand how you use this website. These cookies will be stored in your browser only with your consent. You also have the option to opt-out of these cookies. But opting out of some of these cookies may affect your browsing experience.
Necessary Always Enabled

Any cookies that may not be particularly necessary for the website to function and is used specifically to collect user personal data via analytics, ads, other embedded contents are termed as non-necessary cookies. It is mandatory to procure user consent prior to running these cookies on your website.